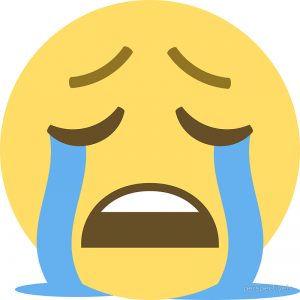 Our world is grieving right now. World events, news, relationships, health, wealth, dreams… there’s a lot happening every day to process and mourn. And faster than we can heal, there’s another breaking news story, another blow, and we’re left reeling and feeling all over again. Grief is not new to this divided world – it’s been felt and studied and survived since the beginning of mankind. In 1969, Elisabeth Kubler-Ross introduced the world to what are now widely accepted as the 5 stages of grief, basically the 5 steps to how one copes with extreme sadness and loss.

These stages aren’t always experienced in this order, and sometimes a person may skip a stage entirely, but in general this is the best way to understand the way that grief moves through us and how we, in turn, respond to it. This does not minimize the experience, rather it is comforting to know that, if nothing else, there is acceptance at the end: You will make it through.

However, at some point in our culture, we’ve begun to rework these stages, tossing out some, renaming others, and really just making a mess of Elizabeth KR’s work. A very powerful, very moving, and very, very destructive step was added and it began to eat away at the other steps, as well as us. It has taken over and assumed the role of trailblazer when we’re faced with grief, leading the way and dictating our actions and reactions from the moment we first hurt. The stages have been whittled down to only the one remaining, distorted stage that doesn’t allow for acceptance on the other side.

It’s not a new concept. It’s not always an undeserved one. But it has become the sole obsession of our world when faced with tragedy. Politicians, religion, parents, culture, schools…. Read any single news story shared on social media – seriously, any – and then check the comments. You will find blame. Finger pointing. Assumptions, judgements, name-calling, armchair quarterbacks, “experts”. People who claim they would never have allowed such a thing to happen to them, people who claim such a thing would never have happened if someone else had been in charge. People who blame mothers for accidents and parents for crime.

Blame abounds where pain confounds and comfort – what of comfort? There can be no peace where blame exists. Blame is the exact opposite of acceptance – it is projecting responsibility onto someone else, literally putting your ability to heal into the hands of another person. Blame is justified bitterness. Blame being the opposite of acceptance means that acceptance cannot be achieved, one cannot heal, get over, get through, get better, so long as they blame someone else for their pain.

“But this isn’t my fault!” No one said it was, friend. Sometimes tragedy is just tragedy. Sometimes bad things happen. And never in the stages of grief is “blame” listed as healthy or necessary to the process. Sometimes there’s no one to blame, only feelings to feel, and those feelings are really hard to deal with when you feel alone in them. You can feel powerless, weak, exposed. Blame creates a false sense of justification, of power, as though blaming someone else enables you to rise above the waves of grief with the dignity of someone who should not have to experience them. Blame is a bandage, a temporary fix, an attempt to curb the very real pain without aiding in any actual healing. Blame fuels the fire, makes it easier to feel indignant than hurt. Blame is a poison disguised as a defense mechanism that will, eventually, fill the void with bitterness – something much harder to rid yourself of than grief.

As I type, my 3 wild kids are just feet from me, doing one of their favorite things: all out wrestling. Seriously, tripping, grabbing, pushing, rolling, all over the floor, it’s wild and chaotic and they LOVE it. They’re all giggling and smiling and having a blast… until someone knocks a little too hard or a fall is a little worse than expected. It happens, every time, and every time the crying kid is pointing at someone, blaming them, and the guilty kid stands over them, defending themselves. Through the tears, the scratches, sometimes even the blood, they are more concerned with whose fault it is than helping the hurt kid feel better. And always, before I hear opening statements from both parties, I have to remind (force) the accused to get down on the level of their hurt sibling, apologize for them being hurt, and see if they can help. Sometimes it’s an accident. Sometimes it’s on purpose. But no matter what, someone has been hurt and the important thing is to help them. Someone is hurting and needs to heal, and assigning blame has yet to be proven to help.

Sometimes there is someone to blame. Sometimes there is a systemic breakdown and a societal failure. Sometimes imperfect people act imperfectly and really are buttheads. But they still can’t heal you. And blaming them implies that they have control over your emotions, blaming them puts the responsibility for your wellness in their hands. There will be a time for assigning blame where blame is due, but I urge you not to give into the temptation to allow blame to become your first reaction, the only step in your grieving process. Do not allow blame to create a false sense of righteousness in you. Do not believe that your opinion of another is their reality. Heal, friend. Feel. Pain and tragedy are so, well, painful and tragic, that it’s easy to want to avoid them. None of us are immune. That doesn’t mean we’re deserving. That doesn’t mean the person to blame gets away with anything. It means you’re human, and you’re getting through it.

I’m no fitness expert (pause for laughter), but I do know that muscle is built by creating small tears that then heal to be stronger. You go to the gym, do werk, and are sore. You’ve created tiny tears in the muscle that now need the opportunity to heal in order to grow. Feel the burn, some might say. No pain, no gain. Well, at the risk of sounding super cheesy, the heart is a muscle. You have to be able to heal to get better. Blame is nothing you want any part of when it comes to healing. Blame is acid on the wounds, a distraction, and a missed opportunity to care for your self.

So please, the next time something comes across your path that is heartbreaking, pause. Feel the sadness. Allow the grief. Watch Inside Out to see how necessary sadness is to the healing process. Cry. Mourn. Be vulnerable. Don’t judge. Don’t react. Let yourself feel so that you can sooner heal. And get a hug if you can.