Heads up – this post will contain some TMI-ish mention of lady parts. Dudes don’t really read blogs, anyway – at least not ones I write – but just to be on the safe side, you’ve been warned.

As many of you probably know, I have Polycystic Ovarian Syndrome, PCOS for short. It is characterized by, among a few other things, polycystic ovaries. Every month, when our awesome bodies are gearing up to ovulate (release an egg for possible fertilization), several eggs, called follicles, are called up to the front lines. In a normal woman’s reproductive system, one follicle volunteers as tribute, and the others go back about their business. There, the “dominant follicle” (potential baby) grows and grows and then, when the time is right, releases an egg, resulting in ovulation. In a woman with PCOS, those homies who came up to the front never go back to where they came from, and end up hanging out all over the ovaries, some growing and growing. The “dominant follicle”, rather than releasing an egg, just hangs out, either growing or not making babies, making it very difficult for women with PCOS to conceive. Occasionally, maybe once a year, maybe a few times in a lifetime, these follicles will rupture, causing extreme amounts of pain. I’m sure you all either know someone who has experienced an ovarian cyst rupture or had one yourself. Almost every gal who has been so fortunate as to experience this has ended up in the emergency room for treatment. It hurts that bad. (Don’t worry if you’ve had it happen, ovarian cysts do NOT equal PCOS!) 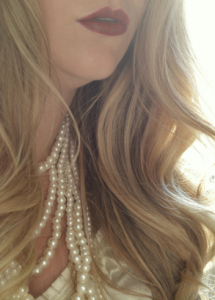