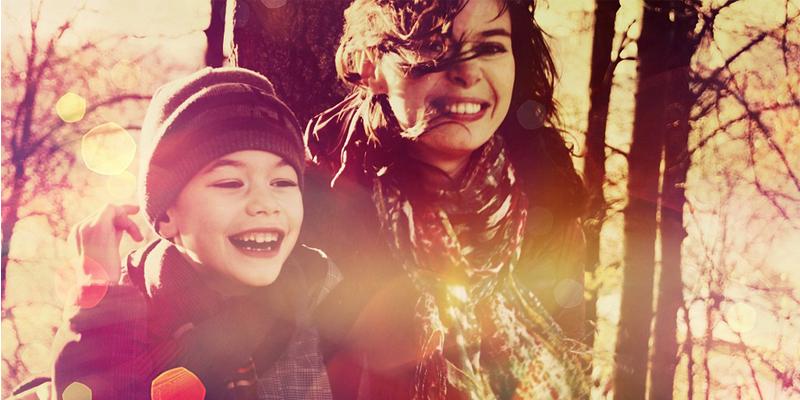 Like all new moms, I had a perfect image of what I’d be like as a mother. I’d researched and read and made all kinds of declarations about what I would and wouldn’t do. I had visions of laughter and playtime, heartfelt talks ending in hugs, crafts, trips, class parties, and bedtime songs. I had strong feelings about feeding, sleeping, discipline, and school. As long as I was consistent, my kids would thrive because I was going to be such a great mom.

Then my children were actually born.

With the first baby, I mourned who I’d wanted to be. Weeks in the NICU circumvented any plans I’d had about nursing, colic broke my resolutions about television, and budgets put a halt to all of the mommy and me classes I’d fantasized about us clapping and socializing at.

Okay, he was a tough baby, we were young, but I knew I could get it right with the next one and bring us all back on track.

That one didn’t sleep, at all. He wasn’t as obedient as his brother. He destroyed any strong opinions I’d held about school, discipline, and what children need. Whatever remained of my idyllic image, convictions, and plans for motherhood after my first child were unceremoniously torn down by my second.

Then I had a third.

I fought internally for so long, trying to at least project in public the image of the mother I wanted to be. Away from home I was dressed, always had my makeup on, laid-back, and never without a smile. At home I spent my days in pajamas, crying, trying to referee fighting siblings and research anything I could find about my children’s unexpected and very difficult unique needs.

I was drowning, both in trying to maintain and attain the image of what I wanted to be and in trying to survive and thrive in the mom I actually was. My dream left me empty and insecure because I couldn’t achieve it and my reality left me empty and insecure because it looked so different from my dream. I could not find a way to be proud of the mom I was. Because I looked so different from how I’d always imagined I would, because what I’d assumed to be easy or true turned out to be neither, I felt like a failure.

A total and complete failure as a mother.

Every time I diverted away from the path I’d planned to walk, I saw it as defeat, weakness. When I couldn’t get a child to respond to my chosen plan of discipline, I fought them harder. I saw my failure to be the perfect mom as the fault of my kids, resented them for not falling into the perfectly-planned line I’d laid out so many years before.

One day while discussing one of my children and the changes he’d brought to our family, I felt God speak to my heart – I was never going to be the mom I wanted to be, because my kids were making me into the mom I was supposed to be.

When they were born, I was, too, in a way. I became a mother, each time to someone I’d never met, each time to someone who was born without skill but with purpose and personality, and by trying so hard to make them fit into who I thought they should be I was denying them of the path God had set before them… and myself.

I arrogantly believed that I was grown, an adult, and had nothing more to learn or change. That somehow becoming a mother meant the end of my own growth and the beginning of me replicating myself. I never once considered that who I was on delivery day was not the finished product.

Now I see that every step I took away from the ideal path I’d imagined was actually taking me closer to the path I was intended. Every concession and sacrifice wasn’t giving in or giving up, I wasn’t being defeated by the realities of motherhood, I was allowing God to carve away what didn’t need to remain.

I realized that I am not a mother to make my children bend, I am a mother to bend around what they need. I am here to protect them, advocate for them, meet them where they are. I am the one entrusted to change what is necessary to see them thrive, not change them to see myself content.

Whatever mother you thought you’d be, you’ve likely realized by now that you’re not. You don’t cook as often as you thought you would, don’t have a home that is always ready for guests, don’t have kids on the honor roll or elite sports teams. You may have had to quit your job or go out and find one. You may even be driving the minivan you swore you’d never own because it means there’s more room for your kids and their friends, and now you’ve come to appreciate the ease of sliding doors and the space between siblings the captain chairs offer.

Whatever looks different between your previous idea of perfection and your current situation, know this – you have not failed, you have adapted. You have selflessly set aside the boxes you wanted to check for yourself and taken up the responsibilities of what your children need instead.

Every idea you’ve had that hasn’t worked, every change you’ve made after realizing the first choice you’d made wasn’t the right one, every tear you’ve shed and pieces of yourself you think you’ve lost, it’s all been a part of you leaving behind who you wanted to be and becoming the mother you are supposed to be.

We don’t mother ourselves, don’t mother for ourselves. You were born anew on the days your children joined the world, and every perceived defeat has, in fact, been growth. Growth towards who God intended you to be. Growth towards who your kids need you to be. You became a mother on the day your child was born, but you become their mother through the journey full of concessions, changes, unexpected needs, tears, accommodations, changed opinions, and whatever else it takes to be the mother your children need.

I used to blame my kids because I thought they kept me from being the mom I wanted to be. Now I thank them for making me into the mom I was always intended to be.