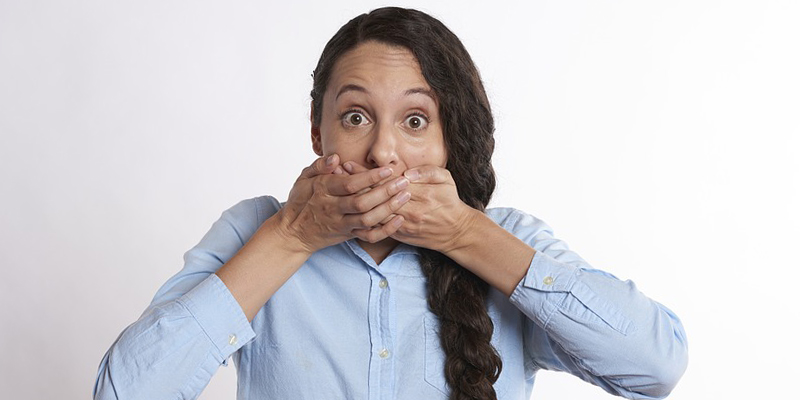 It happens all. the. time. I’m having a casual conversation with someone, almost anyone. We’ll be chatting about clothes, sales, swimsuit season… you know, life-changing stuff. It will inevitably come up that certain stores or designers don’t carry my size, and I’ll refer to myself as fat. “Gasp! Don’t say that! You’re not fat!” Every. Time. Look, I know I’m not fooling anyone. Clever ruching and standing with my shoulders back will only get me so far. I’m here, there’s a lot of me, and I’m fat. I know, I know, you’re trying to encourage me. You don’t want to hear your beloved friend talk badly about themselves, want to encourage them and lift them up and only say good things about them. The thing about that is, though, by not allowing me to label myself as fat, you’re telling me that being fat is awful. Is it fun? No. Would I wish it on myself? No. But is it the worst thing in the world? No. J. K. Rowling has a famous quote that is very dear to me: “Is ‘fat’ really the worst thing a human being can be? Is ‘fat’ worse than ‘vindictive’, ‘jealous’, ‘shallow’, ‘vain’, ‘boring’, or ‘cruel’? Not to me.” Fat isn’t the worst thing someone can be. It’s not fantastic or something to strive for, sure. (It’s also not an indicator of health, before you pull that one out.) I’m not cruel. I’m not vindictive. I can be shallow and vain sometimes, sure. I’m not evil or manipulative or selfish. I don’t inflict pain on others, I break for squirrels, and I don’t put pineapple on pizza. Being fat is not the worst thing I could be. But when you shush me, when you tell me not to describe myself with such an awful word, you’re not protecting me, you’re projecting your own feelings about weight onto me. I am fat. It’s okay. It’s an adjective, a way to describe part of me. I’m also tall. Loud. Blonde (unless I haven’t been to the salon in a while). I’m a mother, a friend, a wife. I’m a photographer, a writer, a homeschooler, and a Twihard (yes, still). If I’m allowed to describe these other aspects of myself, why can I not also mention my size? Calling myself fat is just a description. Check the comments of any plus-size-related social media account and you’ll quickly see that the rest of society gets to call us fat, so why can’t we, the actual fat people, own our own word? You wouldn’t correct a thin person who called themselves skinny, and you wouldn’t stop me from referring to myself as loud, tall, or easily-excitable. So why am I denied the word “fat”? What is just so awful about one adjective that I cannot use it for myself? Again, the issue is not my appearance, it’s your feelings towards – your fear of – the word itself. “But Jen! What about those girls who aren’t really fat, they’re just fishing for compliments when they say it about themselves?” Give them compliments. Is that so hard? Do people need to earn compliments? If someone is feeling the need for accolades, then they’d probably really appreciate your flattery. There’s no daily quota on compliments you’re allowed to give out or a size profile one must fit to deserve them. Toss those things around like confetti. Compliment away without needing to negate part of someone’s identity. Speaking of identity, you don’t get to decide how someone else defines their body. If a skinny person wants to call themselves fat, you are not the size police who gets to determine whether or not their self-description is valid. If a fat person wants to call themselves fat, you are not the feelings police who get to try and save them from their self-description. Their body, their words. Curvy, fluffy, big, plus-sized, or fat, it’s just a descriptor and it’s not shameful to say. More than anything, what I think that’s happening is that you, the shusher, are uncomfortable with the word. You noticed I’m fat and you want to make sure I know you’re not disgusted by me. You may even have genuine compliments for other aspects of my appearance. But me calling myself fat makes you uncomfortable because you feel like you’re not allowed to say it. I’m calling attention to the elephant in the room (no pun intended), and your politeness has taught you that if you can’t say something nice, don’t say anything at all. I’m not saying you have to walk up and greet me with, “Hey, Fatty, how’s it goin’?” But if I want to call myself fat, it’s actually rude not to let me. Me calling myself fat is not the opposite of nice – hinting that being fat is bad definitely is, though. Listen, I have enough discomfort to carry on my own. Society doesn’t want to see me and doctors don’t want to hear me. Some chairs hurt me and most stores don’t cater to me. I have my own self-esteem to nurse every morning, and it takes COURAGE to leave the house some days. I cannot also bear the burden of your discomfort with a word. I cannot lightly tease and argue and convince you that yes, I am fat and yes, it’s okay for me to say it. I don’t want to draw even more attention to the most obvious thing about me by having an entire conversation surrounding the way it’s described. So please, let me call myself fat.